Have you ever noticed that your dog favors certain colors when playing with their toys? 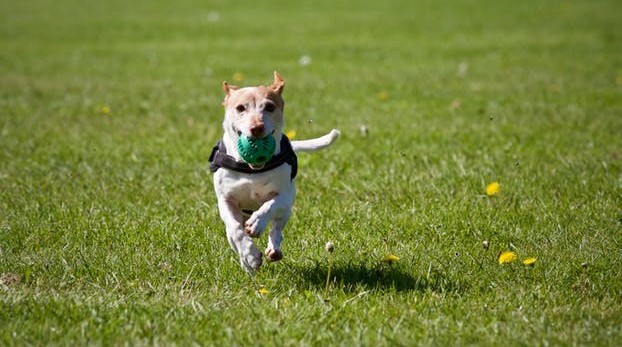 My dog loves anything green. She is also fond of yellow. Why is that?

If you throw a green tennis ball in your green yard, your dog will have a hard time finding the ball if they loose eye contact with it when you throw the ball.

Could this be because they see the color green differently than we the human does?

There is a belief that dogs only see in black and white. This is a misconception that most people believe. The dog does perceive the world different that we do.

Dogs do see in color, but it is different from the humans vision.

In this article, we will discuss the world as the dog sees it by exploring the colors they see and how their perception of the world is different from ours.

Modern science has proven that dogs being color blind in the sense of only seeing in black and white is a myth. Dogs see in color, but it is different from the human’s vision.

Dr. Shelby Reinstein, Veterinary Ophthalmologist, has shown that dogs see in color. The ability to see in color is because of the photo receptor cells in the eye’s retina called “cones“. These are the cells that stimulate the brain to tell colors apart.

The human has three cones, but dogs only have two cones. This limits their ability to differentiate colors as well as the human can. 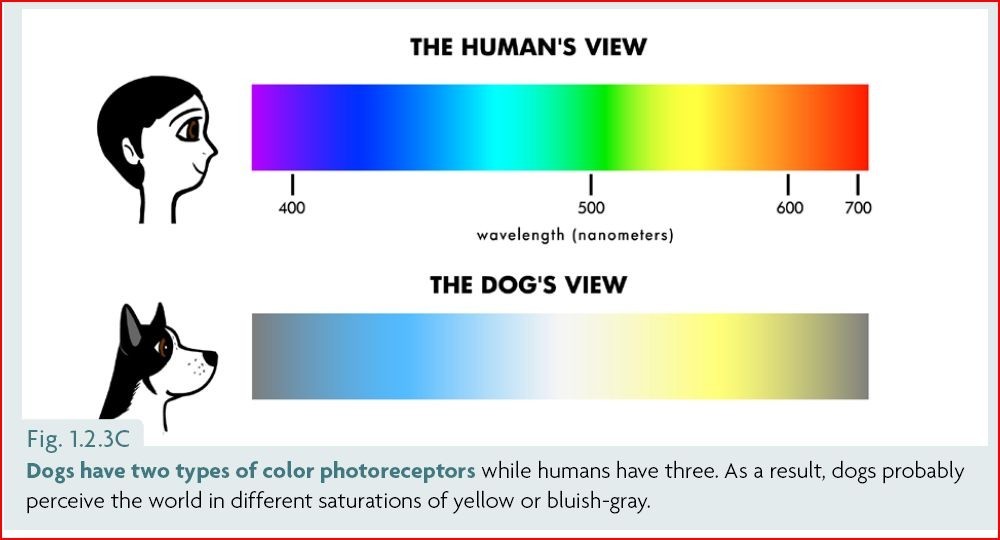 Dogs tend to be far-sighted which means that humans can see details up close better from the dogs. So, don’t ask your dog to read the fine print (lol).

What Colors Do Dogs See Best?

The dogs vision is very similar to the human red green color blindness.

So if you are throwing a yellow ball on green grass on a bright blue day, the dog will have definite color distinguish between the three items. This makes it easy for them to play fetch.

It is understood that dogs see blue and yellow with the two photo receptor cells or cones. This can explain why dogs love these two colors most as this is what they see most vibrant.

Humans can differentiate the colors of the rainbow clearly and see details in close up. The dog can not see well close up, thus relying on their keen sense of smell and taste to help identify objects or people.

My Dog Has Night Vision

As we discussed, humans have three photo receptors called cones that identify red, blue, and green. Dogs have two cones 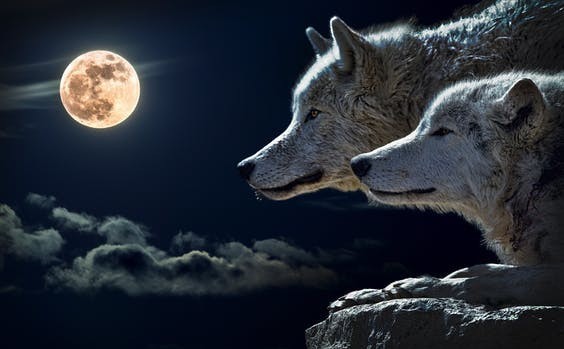 to help them identify blue and yellowish.

The other type of photo receptors that the human and the dog eyes have are called “post“.

Post helps in the vision in low light environments. The dogs have more post than humans, thus giving the dog better vision at night.

Dogs also have tapetum lucidum that helps reflect light twice in the retina making it possible for them to see in very low light.

This is why the dogs eye shines at night when you point a flashlight at them.

This gives the perception that dogs have “night vision”. In fact, the post help the dog capture more light in low light or at night giving them better vision in these conditions.

Another advantage that dogs have is that they are more sensitive to motion at distances than humans. This makes them great guard dogs at night and great hunting dogs during the day.

I can remember when the color television was invented. No more watching black and white (and grey) television as the NBC peacock was proudly shown to highlight the new wonderful colors available for the humans to intake as they watched their new TV’s.

As it was thought that animals such as dogs only saw in black and white, we now know that they enjoy the colorful world we live in. Their colors are just a little different and very similar to the human with red green color blindness.

Dogs will pick up on the subtleties of colors to distinguish between them. Dog can not tell the difference between red and green, but they will notice that red tends to have a darker shade that green, thus giving them the difference of colors.

My Dog Has A Favorite Color! 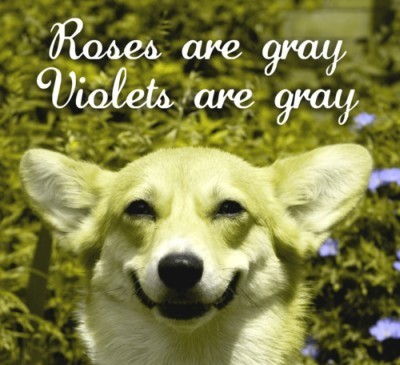 Roses are red and violets are blue, your dog thinks both will do!

Humans eyesight and ability to differentiate the color pallet is very keen.

The dog can not differentiate colors like humans, thus making their other senses such as smell and taste more keen.

My dogs favorite colors are yellow and green. I guess I should say yellow and white (slightly grey).

Dogs do enjoy this colorful world, just different from us.

So to answer the question, can dogs see colors? The answer is yes!

I hope you have enjoyed this post as much as I have writing it. I would love to hear what you think about dogs and colors. Just leave a comment below.

This site uses Akismet to reduce spam. Learn how your comment data is processed.

Links for your Pets

Good Dog in a Box 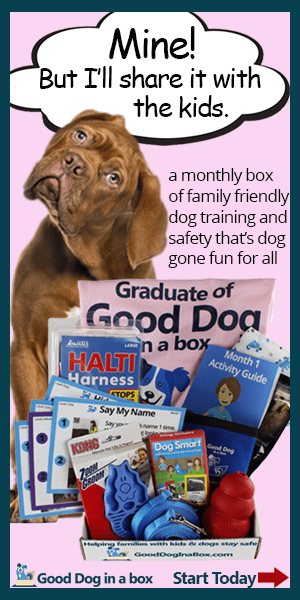 Prized Pet in a Box

CrateJoy in a box

Training Links for your Pets